A few facts about the upcoming Hyundai Equus.

Posted on December 28, 2010 by www.HappyCarStore.com 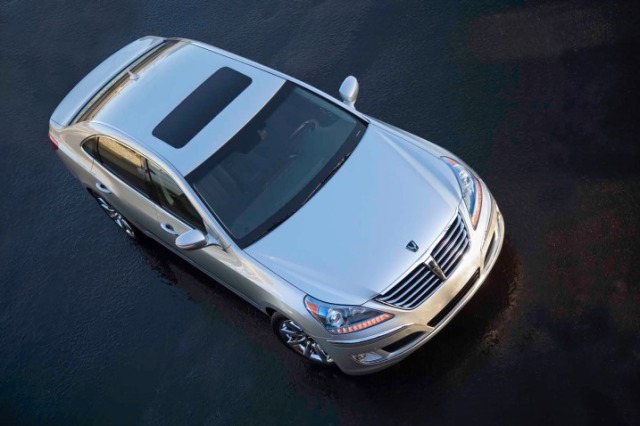 Just the Facts:
FOUNTAIN VALLEY, California — It’s official: The 2011 Hyundai Equus will be the most expensive Korean vehicle in the U.S. market when it goes on sale in December. Hyundai on Tuesday said the base Equus Signature model will start at $58,900, while the uplevel Equus Ultimate will start at $65,400. Prices include a $900 destination charge.

There are no options on the Equus, said Hyundai spokesman Miles Johnson in a phone conversation with Inside Line. When asked if the automaker expected any negative reaction to the Equus and its Lexus-like pricing, Johnson said no.

“Everything we’ve seen shows people are surprised at how much you get for the price point,” Johnson said. “Besides, everyone said we couldn’t sell a $40,000 [Hyundai] Genesis. And we’ve been able to do that.”

He said the main point of the Equus is to “test the water” in the U.S, in order to gauge whether American consumers are ready for a Korean luxury vehicle. “We’re not trying to sell it in large volumes,” Johnson said. “We are targeting a total of 2,000-3,000 units annually in the U.S.”

Both trim levels of the Equus come with a standard Apple iPad. The iPad has an interactive owner’s manual and can also be used to schedule maintenance pickup and delivery on the car.

The 2011 Hyundai Equus Ultimate drops passenger count to four via twin bucket seats in the rear. This layout includes a “first-class passenger-side rear seat” with leg support and a massage system. Both rear seats are cooled. Additional features on the Ultimate include rear-seat vanity mirrors; a rear entertainment system with an 8-inch monitor; a refrigerator; a power trunk lid and a forward-view cornering camera.

Both trim levels of the Equus come with a standard 385-horsepower 4.6-liter V8 linked to a six-speed automatic transmission driving the rear wheels. All maintenance is covered by Hyundai for the duration of the sedan’s 5-year/60,000-mile basic warranty, and the automaker says it will pick up and drop off your Equus, providing either a Genesis or an Equus as a loaner car.

Inside Line says: Hyundai’s pricing strategy on the Equus should make for one interesting horse race versus its Japanese competition. — Anita Lienert, Correspondent

Glenbrook Hyundai, a car dealer in Fort Wayne, Indiana, is a family owned and operated dealership. Located in Fort Wayne for over 20 years, Glenbrook Hyundai understands the value of a Happy customers. For the past 10 years, 62% of all Glenbrook Hyundai customers have been either repeat customers or someone referred in by a friend. The "Happy Car Store" theme came about a few years ago when Mark McKibben, the store's General Manager, decided to make buying a car at Glenbrook Hyundai different than every other dealership in the area. Some of the Happy Car Store advantages are: - a quicker sales process, no need to take hours to buy a car - Glenvrook Hyundai is a full disclosure dealership, every customer gets to see the price, taxes, fees, money down options, term options, trade figures...everything they need to know to make a well informed decision, with absolutely NO PRESSURE to buy. - The area's largest selection of new and used Hyundais - Service rewards cards, giving customers the opportunity to earn free oil changes, rental cars, complete details and more. - Service loaner cars - 100% customer oriented sales process - A Happy, No Worries atmosphere - And much, much more Stop in to see us at: Glenbrook Hyundai 4801 Coldwater Road Fort Wayne, IN 46825 260-484-9531 Or check us out on the web anytime at www.HappyCarStore.com
View all posts by www.HappyCarStore.com →
This entry was posted in Automotive. Bookmark the permalink.